App-etite for Change: An Interview with Too Good To Go’s Jamie Crummie

Jamie Crummie, co-founder of the innovative food waste-preventing app Too Good To Go, kindly sat down for an interview with Bywaters recently to discuss the best way to tackle the global problem of surplus food, and how modern technology can make a real impact.

A Company on a Mission

Too Good To Go was founded in 2016 with the aim of connecting businesses who were throwing away uneaten food at the end of the day with a customer base who could buy this surplus food at a cut price – saving emissions and waste disposal costs for companies, and allowing consumers to fight food waste while also getting a great deal.

In the past three years the company has grown fast, now operating in 14 countries and boasting over 18 million ‘Waste Warriors’ (users) worldwide – with over 2 million people having downloaded the app in the UK alone. The term ‘Waste Warriors’ gets to the heart of Too Good To Go’s ambition: by incorporating the ability to fight the problem of food waste into a simple app, ordinary people can work to solve the problem as part of their everyday lives. 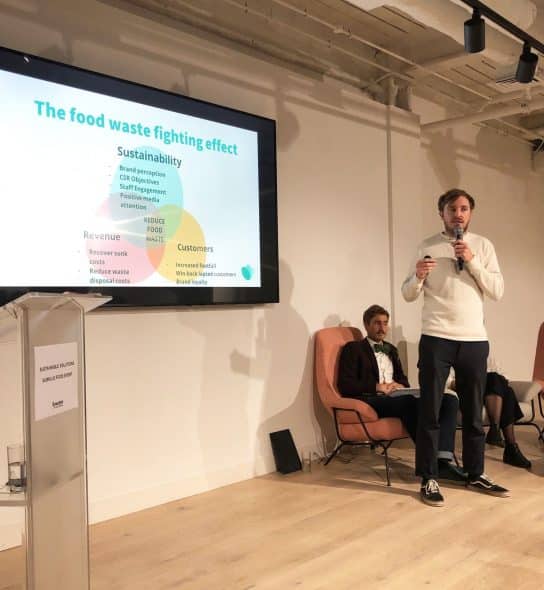 Speaking to Jamie, he makes clear that this was always at the core of the concept: “creating an initiative that would allow everyday people, who maybe didn’t know much about food waste, be able to do something about it.” He describes himself as someone who has “always been motivated by societal and environmental justice” but says that he simply wasn’t aware of the “scale and gravity” of our societal food waste problem until working in the catering and hospitality industry and seeing how “routine” it was to be overperparing and then binning surplus food.

Noticing that wasting food “wasn’t something that was unique to certain businesses, it was rife – it was happening everywhere and it just wasn’t talked about,” made it clear to Jamie that not only was there no established way for an individual to combat food waste, but pretty much everyone was unaware there was even a problem to be solved.

“Well what would people want with food waste?”

When I ask about the biggest challenge the company has faced, Jamie responds without missing a beat: “changing perceptions”. Speaking at Bywaters’ surplus food event last month, Jamie talked about the challenge of getting people to think in terms of ‘surplus food’ rather than ‘food waste’ in order to change their attitudes – and it’s clear that getting people to alter their perceptions is no easy task.

From the early days of pitching Too Good To Go to friends, Jamie found that people viewed food waste as unfinished leftovers rather than what it usually is: perfectly edible untouched food that hasn’t been purchased that day. And it wasn’t just friends; even industry figures were stuck in this mode of thinking. Jamie says that at the start, “it wasn’t that they didn’t want to have a food waste solution, it was often thinking that same narrative: ‘well what would people want with food waste?’” 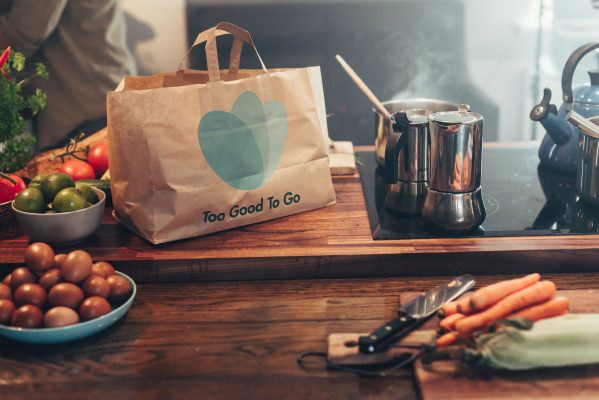 Too Good To Go would like to turn this on its head: getting people to “appreciate food for what it is, so that ultimately throwing food away can be socially unacceptable” in the same way that recycling has (thankfully) been promoted as a socially responsible act in recent years. And, as with recycling, climate change is at the heart of why action is necessary to combat food waste.

There’s no doubt that food waste is an environmental concern that needs fighting: it is responsible for 8% of total greenhouse gas emissions worldwide. In fact, if food waste were a country, it would be the world’s third highest polluting nation. Food recycling is the best solution once waste has been created, but the most crucial thing to do is reduce the amount of food waste being produced.

Too Good To Go promotes the environmental benefits that come with saving food waste on their website, which at the time of writing shows they have saved 26,184,857 meals globally, equating to 65,462 tonnes of carbon emissions. People often feel hopeless in the face of climate change because it’s such a huge issue; but, as Jamie sees it, Too Good To Go’s platform offers an easy and accessible way for people to get involved in tackling the problem:

“We just need to open a newspaper today and the climate crisis is going to be mentioned somewhere. People want something tangible that they can do themselves to start having a positive impact, and this is one of the beauties of Too Good To Go: it’s so simple and makes it easy for people to start fighting food waste.”

By structuring their services around a mobile app, Too Good To Go makes it easy for people to become ‘Waste Warriors’ and offers them a sustainable alternative to other food-based apps such as food delivery companies.

Jamie acknowledges that “the nature of food waste is unpredictable,” and that this is why the company operates it’s ‘Magic Bag’ model: allowing you to pay a reduced price for food, but not knowing exactly which items you’re going to get when you go and collect your bag. This allows the shops that use Too Good To Go to operate as usual and ensures that any food you collect is genuinely surplus (i.e. the app does not incentivise the production of more food, therefore focusing purely on reducing food waste).

For Jamie, this sort of lucky dip makes the process of collecting your food more enjoyable and presents a new experience. The user is also able to have some control by narrowing their search to restaurants and shops that cater to the kind of food they’re looking for: “in the application so that people can see certain shops that are able to cater for veganism, vegetarianism, etc. because we know that’s what people want.”

I ask Jamie how Too Good To Go approaches the issue of allergies in regard to the ‘Mystery Bag’ system – as this is always going to be a complicated factor when people can’t select exactly what they’re going to eat. He responds by saying that they work closely both with their users and participating stores to be aware of this issue, and that if a ‘Waste Warrior’ is unable to collect anything they’re able to eat, then they get an instant refund through the app.

Bringing the Fight Against Food Waste into Supermarkets

“Everybody uses a supermarket, so it’s a really effective touchpoint to start interacting and creating this discussion around food waste”

Having found success in the food retail sector, Too Good To Go is now stepping into the world of supermarkets. In November of this year the company announced its partnership with Morrisons, who now offer their customers across the UK the chance to buy a box of food that has gone past its ‘best before’ date but is still within its ‘use by’ for just £3.09.

This positive step by Morrissons has been taken as part of their aim to halve their operational food waste by 2030, and Jamie hopes that engaging with supermarkets in this way could have a substantial impact on helping Too Good To Go continue to raise awareness and get people thinking differently about surplus food.

As Jamie says, “people rely on supermarkets as a way to guide them essentially in how to consume and how to shop” – meaning that engaging with national retailers is a powerful way to help guide the conversation. He adds, “In terms of working with supermarkets and the influence they have on consumers, having a direct conversation with their consumers by saying, ‘we’re fighting food waste with Too Good To Go’ creates that discussion with people and brings it to the forefront of their minds.”

“Encouraging people, ultimately, to change the way in which they view fresh produce”

All of this comes back to Too Good To Go’s central mission of eliminating food waste and getting people to reassess their attitude to surplus food. By rethinking our attitudes to food waste, it becomes possible to start tackling issues such as overstocking shelves (e.g. supermarkets making too much fresh bread merely to lure people into their stores).

The way Jamie talks about this issue in relation to ‘food to go’ businesses neatly sums up the mission his company is on:

“People don’t want to buy from empty shelves – if there’s only one sandwich left we think there’s something wrong with it. It doesn’t look as appealing as a full shelf of sandwiches. We shop with our eyes, so what ultimately happens is that businesses will stock their shelves to at least a third full to lure customers in. We’re able to operate as a safety net that ensures this surplus food can be eaten and enjoyed rather than being thrown away.” 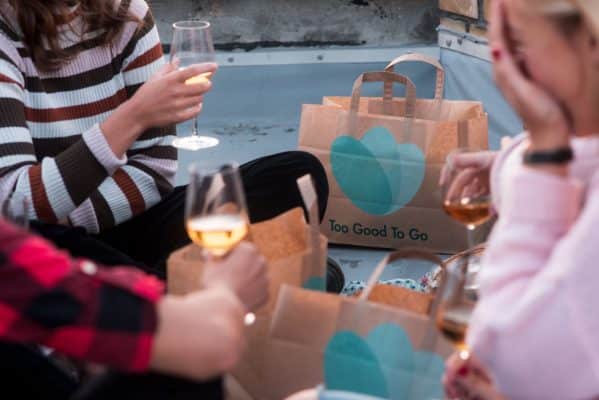 As a society we need to have a wider conversation about how to ensure we only produce what we need; but while we’re finding solutions, services such as Too Good To Go ensure that the food we do produce ends up finding a hungry mouth rather than a bin.

The work done by Too Good To Go to push the conversation about food waste forwards over the last three years seems to be reaping benefits, and Jamie sees reason to be optimistic when talking about their “brilliant community of users in pockets all across the UK, which is really exciting and reflects this appetite to fight food waste everywhere.” Hopefully this appetite can be sustained and drive further positive change.