Ed on the Environment: Surveying the Damage to the Great Barrier Reef

One of the World’s Most Important Marine Habitats

The Great Barrier Reef – how many times I’ve heard it over the years – in Geography lessons, on documentaries, and in tales from visitors. Its size and breadth of ecological features held as one of the high points of the natural world. I’ve been fortunate enough to spend time on coral reefs in a few parts of the world, but the Great Barrier Reef always captured my imagination the most.

My reverence for the reef has been heightened of late by the concern for the habitat’s destruction, primarily the issue of coral reef bleaching as a result of rising sea temperatures caused by man-made climate change.

This has been made worse as Australian government policy has taken an environmentally short-sighted position: allowing increased coal and other resource extraction and building deep water harbours in the reef’s midst. 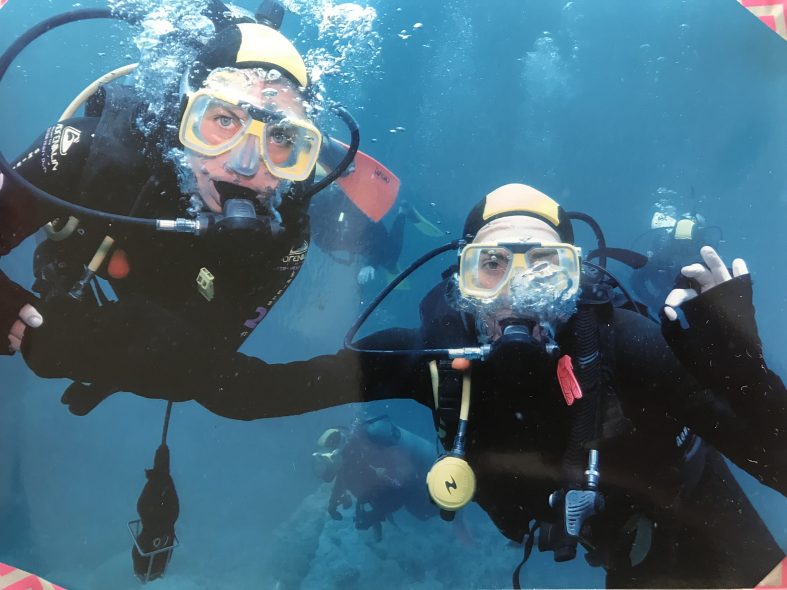 So the recent visit I made to the Great Barrier Reef was special to me not only because I was visiting arguably the greatest of our planet’s coral reefs, but also because of this urgency to see it in a healthy(ish) state before a very possible quick tragic decline, and to see if there is anything we can do to save it.

Still a Variety of Life Living on the Reef

Our day on the reef was magical and profound. The dive spot on Agincourt reef was surprisingly far offshore (10 miles), so a lengthy and picturesque boat ride out while our dive briefings and preparations took place.

The crew, professional with smart maritime outfits, then caught the mooring buoy and stopped our boat alongside the reef, and it was time to go underwater.

The experience was profound; life of all shapes, sizes and multitude of colours surrounded us. A manta ray jolted me with excitement, large schools of brightly coloured fish gave a sense of wonderment, and huge-shelled creatures with neon purple linings etched themselves into my mind.

But what was most impressive was the diversity of coral species across the reef: purple, yellow, green, with huge coral heads growing in towers hosting multitudes of life whether smaller coral species or anemones. Flame coral, branch-like and fierce in appearance but fragile in their construction.

All of this is under threat.

My interest in coral prior to the dive was significantly increased by a documentary about coral reef bleaching called Chasing Coral. A team of scientists and photographers are the stars of this documentary, providing entertainment and inspiration through their passion for coral and its uniqueness.

Coral bleaching is caused by the coral starting to expel algae, which is crucial to the health of the reef and causes much of the coral to die away. One of the leading causes of coral bleaching is increasing sea temperatures caused by global warming, with 29% of the reef’s shallow water corals dying in 2016 alone, and that effect continuing to accelerate through 2017 and beyond. 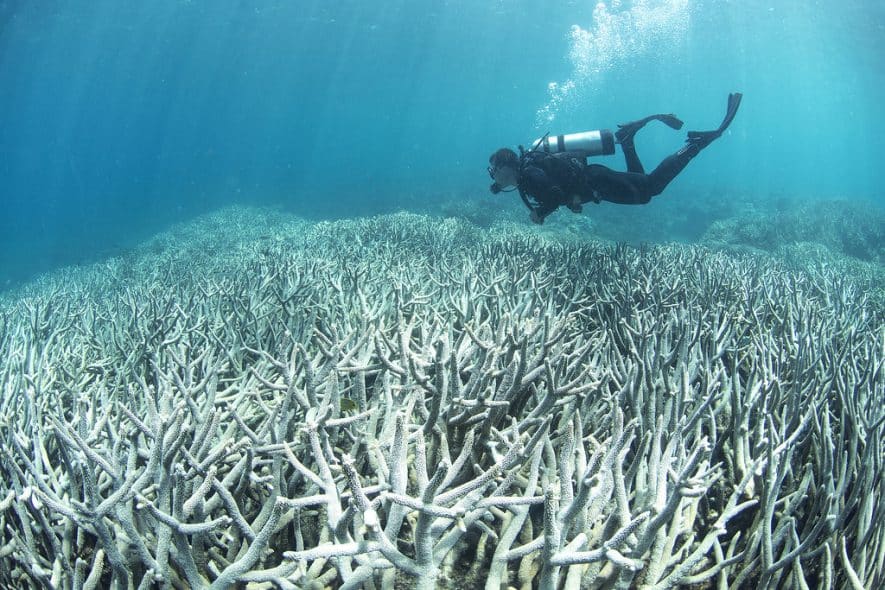 I urge you to watch the documentary as it exposed an aspect of our natural world which is under considerable threat – and is often unfortunately overlooked by the other pressing environmental issues such as ocean plastic pollution.

How We Can All Fight Climate Change

I am immensely grateful to have witnessed some of the 600 species of coral on the Great Barrier Reef. I’m a passionate believer in the need to conserve the variety of life we have on this planet, and that we all need to do our bit for the sake of the planet’s many ecosystems.

The most effective lifestyle change that any individual can make is to eat less meat and dairy. The production of beef results in 105kg of greenhouse gases per 100g, whereas tofu in comparison produces 3.5kg per 100g.

Other effective ways to lower your own carbon footprint (something to which Bywaters is also fully committed) is to reduce travel emissions – whether that’s by cycling or walking to work, or choosing to avoid flying when going on holiday – and simply to buy less stuff, as reducing consumption are reusing items prevents new products having to be made unnecessarily.